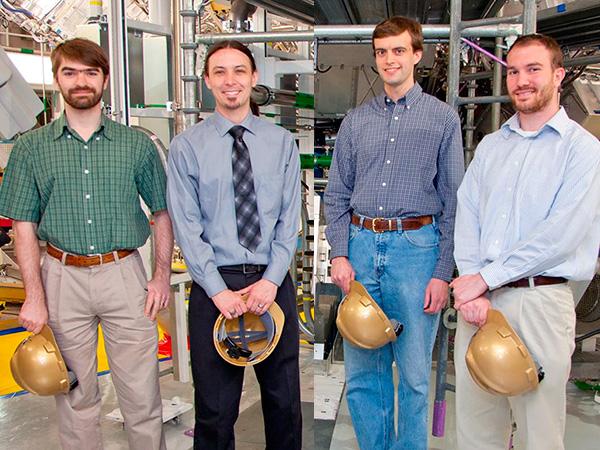 When MIT Plasma Science and Fusion Center (PSFC) graduate students Hans Rinderknecht and Alex Zylstra applied for a prestigious Lawrence Postdoctoral Fellowship, they knew they were competing with each other, and over 200 other outstanding applicants. Because Lawrence Livermore National Laboratory (LLNL) awards only two to four fellowships per year, the chances of winning were slim; the chances of both winning seemed almost impossible. But the student colleagues, members of the MIT Physics Department who both work in the PSFC’s High-Energy-Density (HEDP) division, were thrilled to learn they had each received the award. The three-year fellowship, named after Ernest Orlando Lawrence, who received the Nobel Prize in 1939 for inventing the cyclotron, is given to candidates who have exceptional talent, scientific track records, and potential for significant achievements. The Lawrence fellowship is given out to a wide range of disciplines in the physical and biological sciences.