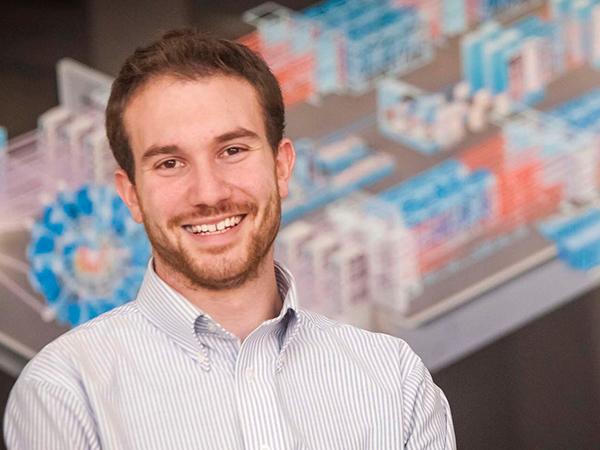 Although Mike Rosenberg received his PhD from MIT (Department of Physics) in September 2014, his work at the Plasma Science and Fusion Center is still getting attention. Rosenberg has been selected by the American Physical Society Division of Plasma Physics (APS-DPP) to receive their Marshall N. Rosenbluth Outstanding Doctoral Thesis Award.

The OMEGA laser of the title is located at the University of Rochester’s Laboratory for Laser Energetics (LLE), where Rosenberg is currently a research associate. But he is stationed at Lawrence Livermore National Laboratory’s (LLNL) National Ignition Facility, the NIF of his thesis title, where he leads an experimental program.

He became familiar with both facilities as an MIT graduate student. With the PSFC’s High-Energy-Density Physics Division’s accelerator laboratory as a home base, he traveled to LLE to literally call the shots on OMEGA, and periodically attended meetings at NIF. It was the data from these two fusion experiments that provided the core of his thesis. Rosenberg’s experimental work also involved working collaboratively with the global High-Energy-Density Physics community, including critical simulation support and contributions from notable physicists Stephano Atzeni from University of Roma and Nelson  Hoffmann from  Los Alamos National Laboratory.

“You certainly couldn’t succeed in this field by being a hermit confined to one site. The travel and the on-site presence at the other labs was crucial not only for running experiments, but for cultivating collaborations and getting feedback on my work.”

Rosenberg credits the close working relationships at the PSFC for guiding and shaping his thesis work, including not only HEDP Division Head Richard Petrasso and other researchers, but postdocs and fellow graduate students.  One of those students, Mario Manuel, received the Rosenbluth Award just two years ago. Rosenberg is maintaining a number of collaborations he had as a student. “I’m still involved in discussions on ion kinetic effects and I’m actually conducting experiments on magnetic reconnection on OMEGA next year, building on the work I did as a student.”

Rosenberg will receive the award in November at the APS DPP Meeting.

The citation that will appear on the certificate reads as follows:

“For first experimental demonstration of the importance of kinetic and multi-ion effects on fusion rates in a wide class of inertial confinement fusion implosions, and for use of proton diagnostics to unveil new features of magnetic reconnection in laser-generated plasmas.”