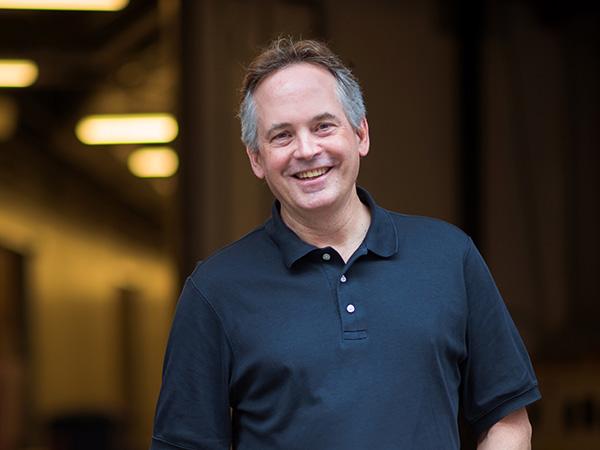 After overseeing three years of research and development, Brian LaBombard is ready to test a toroidal field model coil (TFMC), a prototype for those that will be used in the new fusion experiment, SPARC.

“You get the high field, you get the performance.”

Senior Research Scientist Brian LaBombard is summarizing what might be considered a guiding philosophy behind designing and engineering fusion devices at MIT’s Plasma Science and Fusion Center (PSFC). Beginning in 1972 with the Alcator A tokamak, through Alcator C (1978) and Alcator C-Mod (1991), the PSFC has used magnets with high fields to confine the hot plasma in compact, high-performance tokamaks. Joining what was then the Plasma Fusion Center as a graduate student in 1978, just as Alcator A was finishing its run, LaBombard is one of the few who has worked with each iteration of the high-field concept. Now he has turned his attention to the PSFC’s latest fusion venture, a fusion energy project called SPARC.

Designed in collaboration with MIT spinoff Commonwealth Fusion Systems (CFS), SPARC employs novel high temperature superconducting (HTS) magnets at high-field to achieve fusion that will produce net energy gain. Some of these magnets will wrap toroidally around the tokamak’s doughnut shaped vacuum chamber, confining fusion reactions and preventing damage to the walls of the device.

The PSFC has spent three years researching, developing and manufacturing a scaled version of these toroidal field (TF) coils – the Toroidal Field Model Coil (TFMC). Before the TF coils can be built for SPARC, LaBombard and his team need to test the model coil under the conditions that it will experience in this tokamak.

HTS magnets need to be cooled in order to remain superconducting, and to be protected from the heat generated by current. For testing, the TFMC will be enclosed in a cryostat, cooled to the low temperatures needed for eventual tokamak operation and charged with current to produce magnetic field. How the magnet responds as the current is provided to the coil will determine if the technology is in hand to construct the eighteen TF coils for SPARC.

A history of achievement

That LaBombard is part of the PSFC’s next fusion project is not unusual; that he is involved in designing, engineering and testing the magnets is. Until 2018, when he led the R&D research team for one of the magnet designs being considered for SPARC, LaBombard’s 30 plus years of celebrated research had focused on other areas of the fusion question.

As a graduate student, he gained early acclaim for the research he reported in his Ph.D. thesis. Working on Alcator C, he made ground-breaking discoveries about the plasma physics in the “boundary” region of the tokamak, between the edge of the fusing core and the wall of the machine. With typical modesty, LaBombard credits some of his success to the fact that the topic was not well studied, and that Alcator C provided measurements not possible on other machines.

“People knew about the boundary, but nobody was really studying it in detail. On Alcator C, there were interesting phenomena, such as MARFEs, being detected for the first time. This pushed me to make boundary layer measurements in great detail that no one had ever seen before. It was all new territory so I made a big splash.”

That splash established him as a leading researcher in the field of boundary plasmas. After a two-year turn at UCLA working on a plasma-wall test facility called PISCES, LaBombard, who grew up in New England, was happy to return to MIT to join the PSFC’s new Alcator C-Mod project.

Over the next 28 years of C-Mod’s construction phase and operation, LaBombard continued to make groundbreaking contributions to understanding tokamak edge and divertor plasmas, and to design internal components that can survive the harsh conditions and provide plasma control – including C-Mod’s vertical target plate divertor and a unique divertor cryopump system. That experience led him to conceive of the "X-point target divertor" for handling extreme fusion power exhaust and to propose a national Advanced Divertor tokamak eXperiment (ADX) to test such ideas.

All along, LaBombard’s true passion was in creating revolutionary diagnostics to unfold boundary layer physics and in guiding graduate students to do the same: an Omegatron, to measure impurity concentrations directly in the boundary plasma, resolved by charge to mass ratio; fast-scanning Langmuir-Mach probes to measure plasma flows; a Shoelace Antenna to provide insight into plasma fluctuations at the edge; the invention of a Mirror Langmuir Probe for the real-time measurements of plasma turbulence at high bandwidth.

His expertise established, he could have continued this focus on the edge of the plasma through collaborations with other laboratories and at the PSFC. Instead, he finds himself on the other side of the vacuum chamber, immersed in magnet design and technology. Challenged with finding an effective HTS magnet design for SPARC, he and his team were able to propose a winning strategy, one that seemed most likely to achieve the compact, high field and high performance that PSFC tokamaks have been known for.

LaBombard is stimulated by his new direction and excited about the upcoming test of the TFMC. His new role takes advantage of his physics background in electricity and magnetism. It also supports his passion for designing and building things, which he honed as high school apprentice to his machinist father and explored professionally building systems for Alcator C-Mod.

“I view my principal role is to make sure the TF coil works electrically, the way it's supposed to,” he says. “So it produces the magnetic field without damaging the coil.”

A successful test would validate the understanding of how the new magnet technology works, and will prepare the team to build magnets for SPARC.

Among those overseeing the hours of TFMC testing will be graduate students, current and former, reminding LaBombard of his own student days working on Alcator C, and of his years supervising students on Alcator C-Mod.

“Those students were directly involved with Alcator C-Mod. They would jump in, make things happen – and as a team. This team spirit really enabled everyone to excel.

“And looking to when SPARC was taking shape, you could see that across the board, from the new folks to the younger folks, they really got engaged by the spirit of Alcator – by recognition of the plasma performance that can be made possible by high magnetic fields.”

He laughs as he looks to the past and to the future.

“And they are taking it to SPARC.”