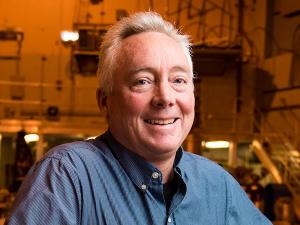 Dennis G. Whyte is the Hitachi America Professor of Engineering at MIT, a professor in the MIT Department of Nuclear Science and Engineering, and the Director of the MIT Plasma Science & Fusion Center. Whyte’s research interests focus on accelerating the development of magnetic fusion energy systems. He has led teams and published over 350 papers across the multi-disciplinary fields of magnetic fusion including plasma confinement, plasma-surface interactions, blanket technology, plasma diagnostics, superconducting magnets and ion beam surface analysis.

Whyte leads the overall MIT research team on SPARC, a private-sector funded compact high-field tokamak presently under development to demonstrate net fusion plasma energy gain. He also leads the Laboratory for Innovations in Fusion Technology at PSFC, which has energy company sponsorship to explore early-stage, disruptive fusion technologies. As an educator, Whyte has been deeply involved in student design courses for fusion energy systems. The core of the SPARC project was formed over eight years ago during a design course led by Whyte to challenge assumptions in fusion. Many of the ideas underpinning the high-field approach — including the use of HTS for high-field, demountable magnets, liquid blankets, and ARC (a fusion power plant concept) — have been conceived of or significantly advanced in his design courses.

Educated in Canada, Whyte earned his B. Eng. from the University of Sasktatchewan and a PhD from the Université du Québec working on the Tokamak de Varennes, Canada’s national fusion facility. He worked at the DIII-D National Fusion facility for a decade and served as a senior lecturer at University of California, San Diego. He was an assistant professor in the Nuclear Engineering department at the University of Wisconsin-Madison from 2002–2006. Whyte joined MIT in 2006 and served as MIT Nuclear Science and Engineering Department Head from 2015 to 2019.

He has served as leader of the Boundary-Plasma Interface Topical Group of the US Burning Plasma Organization and is a Fellow of the American Physical Society Division of Plasma Physics. Among his numerous awards and honors are the Department of Energy’s Plasma Physics Junior Faculty Award in 2003, the IAEA Nuclear Fusion Prize in 2013, and the Fusion Power Associates Leadership Award in 2018. He is also a two-time winner of the Ruth and Joel Spira Award for Distinguished Teaching from the School of Engineering at MIT. Whyte has been a committee member on three previous NAS studies: “A Review of the DOE Plan for U.S. Fusion Community Participation in the ITER Program” (2009), “An Assessment of the Prospects for Inertial Fusion Energy” (2013), and “Bringing Fusion the U.S. Grid” (2021).